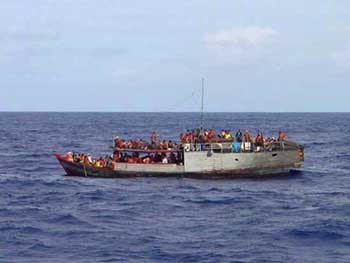 The contact email addresses for the project team members are broken. Please replace the "(at)" sections with the "@" character. They are broken to stop 'spammers' from taking the email addresses.

5 August 2004: Tony Kevin's SIEV X book: A Certain Maritime Incident - With impressive courage and determination, Tony Kevin has unearthed the grim and deeply moving story he recounts in this remarkable book, an "always powerfully contested story" and one of "durable national significance" that has "crept into the hearts and consciences of many Australians" and must find its way to the hearts and consciences of many others...

30 October 2005: Tony Kevin's SIEV X 4th Anniversary Speech - "All of us who care - and there are many of us - can use our rights of free speech and free enquiry, and free debate on the internet, to keep the questions about SIEV X alive."

19 October 2005: The SIEV X Landmark of Conscience - "When the evening ended, senators, members of the ACT assembly, officials from museums and planning authorities, and most importantly the refugees themselves, all expressed the same view. You must build it."

18 October 2005: SIEV X four years on: still drowning in spin - Like all disasters in the treatment of refugees and asylum seekers in Australia, the SIEV X affair will not finish until all questions are answered, all documents held in secret by the Howard government are released, and all those who know things they have not told the Australian people, have been subpoenaed to testify and also tell the full and unabbreviated truth about the SIEV X disaster.

20 March 2004: Tony Kevin still says: SIEV X: Lies, lies and more lies - We will keep on talking publicly about SIEV X and asking questions about it. In that way, the truth will out, new whistleblowers will come forward over time, and the guilty will finally be held to account. This is a major story that is a long way from over.

22 May 2003: SIEV X and the DFAT cable: The conspiracy of silence - That such a large number of government officials .... were willing to co-operate in withholding the detailed, highly relevant information in the DFAT cable leaves little doubt that we are still far from the full truth concerning the sinking of SIEVX.

20 May 2003: An interview with 2003 Whistleblower of the Year Tony Kevin - Former Australian diplomat Tony Kevin is convinced the SIEV X asylum-seeker tragedy will become the Howard Government's Watergate. "...the public story was not true, it did not hang together..."

In October 2001 the SIEV X refugee boat sank in international waters on its way to Australia. Three hundred and fifty-three people drowned, the majority of them women and children.

The SIEV X National Memorial Project is an Australia-wide Young People's Art Collaboration, to design and build a memorial to the people of SIEV X, on the shores of Lake Burley Griffin in Canberra, the national capital.

Australia's 3000 secondary schools are being asked to submit designs about why and in what form they would like to see a memorial built. Exhibitions will be held nationally on the third anniversary of the sinking, October 19th 2004.

This is not an art competition, but a collaborative process - during 2005 the designs will be developed into a memorial built on the shores of the lake, a permanent, beautiful and fitting place for the bereaved, and for all Australians, to remember and reflect.

We hope the memorial will become a national landmark of conscience, a place visitors to Canberra invariably go to see and reflect. A place for schoolchildren who visit Canberra to learn from, and above all, for the comfort and acknowledgement of those people who lost their children, husbands, wives, relatives and beloved friends, in this terrible event.

"One day people in fear and danger will have safe refuge, will be cared for properly, and given a secure place to live normal lives. The SIEV X National Memorial Project is one step on that road, a step hundreds of thousands of Australians can participate in." (author Steve Biddulph)

Young people across Australia are being invited to design a memorial to the people of SIEV X, on the shores of Lake Burley Griffin in Canberra, the national capital.

Beautiful, evocative, fitting, informative, reflective, moving and unique are all words we hope people will use to describe what is created for this symbol of hope and healing.

All designs will be exhibited where possible, and in 2004/5 will be combined with the help of specialist artists and architects to arrive at a permanent memorial, built with student help. In this way, everyone will be a part of what is achieved, and can feel proud and involved in the outcome.

Designs will be added to a database that will be available via the Web. Each contributor will receive a certificate in appreciation for their input.

Not a competition, the project will take place throughout 2004 to elicit design concepts from hopefully many of Australia's secondary schools.

Grades nine and ten art students are our primary target group, but any age group up to age 18 including primary school children, will be welcome to participate.

A school can send in up to four artwork contributions. Whole classes, students in groups, or individual students may participate, by sending three A3 pages detailing the design, site plan, rationale and images of their concept for a memorial.

Students can also send in artwork individually, over and above the school's quota of four, if they are keen.

There are no preconditions as to what form the memorial might take - from electronic to landscape, sculpture, soundscpape, installation, and anything in between.

Send us a completed copy of the faxback form. This can be done at any time. Your school will then receive updates regarding the project through the year.

Once you have contacted us, we will then send you teaching materials, many of which will also be available on the website.

Each contribution should be set out on three A3 sized pieces of art paper. One page is of text, outlining the student/s design and rationale in words. Why it should be built, and how.

The second two pages are for illustrating what you have in mind. If sculpture or 3D elements are made by the students, then these should be digitally photographed or drawn. Do not actually send us the sculptures or other elements (although they may be invited to be in exhibitions).

One option is that in addition to the A3 pieces that you make a simple, three minute video on miniDV/digital 8/Hi8 camcorder if possible, with your students talking about and showing their design, its rationale, and why they think it should be built. This video will be included in a DVD which will be screened at the regional and national exhibitions.

Sending material to us

Rather than sending the original designs, we are asking that you make colour photocopies, at full size if possible, of the three pages, and send them to us at PO Box 62 Evandale Tasmania 7212, and safely store your actual entry until exhibitions are being organized.

Along with the photocopies, please send us a Design Submission form for each design. (Copies of form available shortly).

The closing date for sending the designs to us is by August 31st 2004.

Our plan is that all designs will be placed on an interactive database that will be itself a memorial. The database will go on-line in late 2004, being available for web browsing worldwide. We are grateful to University of Technology Sydney for assisting in this aim.

Exhibitions of the designs will be held around the country in late 2004. Exhibitions will lead up to and follow the third anniversary of the sinking of the SIEV X (October 19th).

All those who send in designs will receive a certificate in appreciation of their participation in the project.

In 2005 another generation of students will be asked to work with teachers, artists, architects and landscape designers to combine the common elements of the entries into a physical memorial in Canberra. In this way - and organizers admit this takes a leap of faith in collaborative processes - a design will evolve which everyone can feel part of.

On October 18th 2001, a fishing boat equipped to carry a hundred people, set sail from Lampong in Indonesia, watched over by armed police. The boat was 19 metres long.

On board were crammed over 400 frightened and exhausted refugees - the great majority of them mothers and young children, seeking freedom and safety from the terrors of Iraq and Afghanistan. In some cases their husbands or fathers were already in Australia in detention and unable to rejoin them.

These women and children had little choice but to board the vessel, they could not stay where they were, and they could not go back where they came from. They were told that the vessel would take them to a larger ship out over the horizon. Policemen with guns made sure that everyone got on board, and a police vessel "escorted" the heavily laden boat as it left the harbour.

The SIEV X, as the boat came to be called, never had a chance. After a hellish night of sailing in terrible weather, it foundered and sank in international waters, with the deaths of 156 children, 152 women, and 65 men.

There were 42 survivors, including 27 year old mother Sondos Ismael, whose three daughters aged 6, 4 and 2 were drowned, and who was not permitted by Australian authorities to join her husband in Australia until seven months later. Sondos and seven others are now on temporary visas in Australia. A new baby born to Sondos and her husband is stateless and has an uncertain future.

Survivors interviewed by UN staff in Indonesia told of seeing vessels in the middle of the night, which shone powerful spotlights on them, but then sailed away. The survivors were picked up after 22 hours in the water, during which many more had drowned, by fishing boats. Only four children survived, one a boy whose father managed to keep him afloat.

In reply to questions in Parliament by Senator Bob Brown, it was found that Australian Federal Police have a full list of names of those who died but are unwilling at this stage to release it.

All information on this page is mirrored from: http://www.sievxmemorial.com/