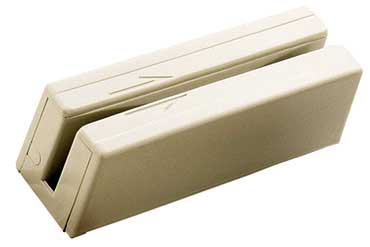 Feeling squeezed on a magnetic strip?

"Only a Bill of Rights that would ensure that banks, telephone companies, restaurants and international marketing networks targeting me for sales, promotions and advertising could not get access to details imprinted on my Identity Card would make me more safe about the card in John Howard's Australia."

This is how our press release of 18 July 2005 starts, as the debate about the Australia Card or the ID card is revived by the Howard government.

Below is an article about some of the issues.

The storm over Cornelia Rau and Vivian Alvarez had to have a tail, and a convenient tail it is to deflect attention away from the Immigration department's sickening dealings with its clientele - the tail has transformed into a tail-spin, or a spin tale, if you like.

After all, as Commissioner Mick Palmer had almost finished writing his comprehensive and high-quality judgment of the Department of Immigration's shocking absence of checks and balances, entirely missing managerial accountability and review mechanisms, four guys with backpacks casually sauntered into Tavistock Square and set off more media outlets across the globe than ever before, after their bombs went off.

Never mind that when 353 people on course for Australia in a ship drowned on October 19 2001 in International waters just out of the Sunda Strait, no television channel or radio station around the Asian region or in Australia stopped their normal programming - because We decide who comes in our news and in which way they come.

The London bombings provided a convenient intersection of events with the DIMIA debacles for Australian politicians, and consequently we revived the debate around the formerly failed Australia Card - the ID Card. Queensland premier Peter Beatty set off the fuse, and the Immigration Minister Senator Vanstone, fresh from avoiding the Palmer flack, and John Howard now run with it. Even the Attorney-General Philip Ruddock converted to support the idea within two days last week. And any objections from you will now not be welcomed - after all, you would not want to undermine the fight against terrorism, wouldn't you?

You may not be convinced of the advantages of the Card based on the Rau and Alvarez debacle - after all, you may still argue that they both told DIMIA staff or prison guards and inmates that they were Australian residents, and the bungle blame rests solely with the DIMIA, who carried authority for their deeply disturbing and torturous capture in the claws of our Deportation bureaucrats; but since the London bombings took place you'll have to give your consent, if you do not want to go on the record as Un-Australian.

I wondered this morning what I would do with my ID card. I think it all started because I was still half asleep when the news was on and someone mentioned the card. Still partially in alpha as I switched on the kettle for my first coffee, I had a vision of a card swiper, the hand-held type backpackers and temporary hotel staff have been known to have in their pockets, before they walk back from the front counter to the till, quietly swiping a customer's credit card.

The contents of the credit card swiping gadgets are worth quite a bit of money if you download them on a CD-Rom and send the contents to the underground networks that represent the credit-card scamming companies around the globe.

Since this morning I want one of these gadgets - because I want to know what's on the magnetic strip on my ID card. Would my bank balance be on there? My previous addresses, also the address of the not-yet divorced woman I slept with twenty years ago, something I never told anyone? The fact that I changed banks about eleven times because I can't find one that actually looks after me properly - because it's my money I allow them to play with? Would my doctor have sent my smoking history to Mr Howard and Co because he wanted to improve the health of all Australians? Would it show that I worked - in my young, arrogant and optimistic days - for no less than six government departments, and that I never owned a car that was worth more than two thousand dollars and that I lost my drivers licence two times for three months because I collected too many demerit points while racing to Uni when I was late again?

I think I'll be doing some Googling soon to see where I can order one of these swiping gadgets over the internet. Oh no, not on my own computer. The IP log at my Internet Service Provider would show where I've been in my googling trip. I'm a decent citizen, and my Windows computer is far too friendly and it would kindly pass on all these details to the Great Archive In the Sky without me being even aware of it. I would need a computer with a Linux operating system, and the version where I can enter a false IP address. I think I'll set the address to be equivalent to the Canberra Immigration Department branch, just for kicks. Or to the IP address of Parliament House.

Once I've ordered my swiping gadget, I'll be back at my googling work - because the next thing to find is a computer program that interprets the contents of my ID card and a cable that joins my swiping gadget to my computer. I expect it will take me about half an hour to find out where to get the software. It will be fun when it's all installed - because I'll be having a peek at the contents of my credit card, my EFTPOS card, my Medicare card and my RAC membership card as well.

Finally, I will have the last swipe. It will be a swipe at my government. Up it comes: date of birth, mother's maiden name, nationality, last date of entry into Australia, flight number, colour of my eyes, known medical condition, started smoking when I was fifteen, was blacklisted and arrested pending self-removal from the USA in 1997 for overstaying my visa for 48 hours. And on it goes. I expect a big amount of crunching to go on inside my old computer. Never mind, I'll boil the kettle for another coffee, dream of an Australian Bill of Rights and wait.

Then, Mr Howard, Mr Ruddock, Mrs Vanstone, I'll Select All, and I'll press delete. Because all the information, Prime Minister, all of it, is mine, it always was mine - and it certainly is not yours to hold or behold.