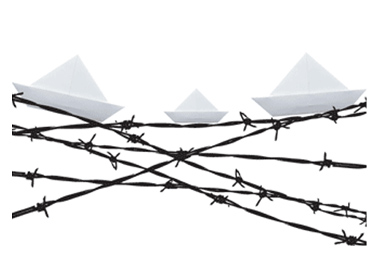 Who Will Keep The Bastards Honest Now?

"Looking back, I still find it difficult to believe that our laws and our taxpayer dollars were used to imprison children - sometimes unaccompanied children - for years, and to fight court actions aimed at preventing suicidal people being admitted to a mental health institution."

21 June 2008: World Refugee Day 2008: Andrew Bartlett and A Nun's New Habit - Senator Andrew Bartlett, on his last day as a Senator, presents a lecture about Australia, asylum seekers, refugees and the Migration Act; and we celebrate the tens of thousands of ordinary Australians, and amongst them in particular the catholic nuns, who became a massive wall of quiet protest during the years since Tampa in the Documentary A Nun's New Habit.

An Opinion Editorial by Andrew Bartlett

In this week's Thinking Allowed Mr Bartlett looks at the role of small parties in parliament. He's also heading for Fremantle to speak at Project SafeCom's World Refugee Day movie night at the FTI Cinema on June 21. His talk is titled Refugee Policy under Rudd: Fortress Australia for the 21st Century? 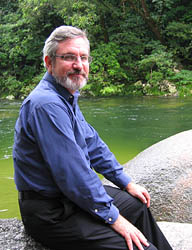 The 30th June marks the transfer to a new Senate, and a return to the situation which had existed since 1981 where neither major party had control of the house of review, with the balance of power shared amongst minor parties and independents. However, unlike the previous 30 years, the Democrats will not be present in that Senate as part of the balance of power.

But balance of power is a misleading term, as in many contexts the major parties agree - sometimes enthusiastically, sometimes reluctantly, sometimes purely for politically pragmatic purposes. It is often said that in such circumstances, minor parties are irrelevant, but in fact it can be at precisely such times that a minority dissenting voice can be crucial.

Queensland Democrat Andrew Bartlett's departure from The Senate at the end of June marks the party's exit from federal parliament. During his 11 years in Canberra he gave 273 speeches on Australia's treatment of refugees during the Howard years and was the only MP to visit the Nauru camp.

One issue where the dissenting voice in the Senate has been crucial has been the treatment of refugees and asylum seekers. No matter who was in government, both major parties voted in the Senate in favour of a wide range of measures which continually reduced and removed basic legal rights and procedural protections for asylum seekers, culminating eventually in practices which in some instances can only be described as immoral and inhumane.

There was mandatory detention which was developed and entrenched in the Hawke/Keating era; the deliberate cruelty of the Temporary Protection Visas introduced in 1999 under the Howard government; the scorched earth strategy using military personnel to take control of the Tampa and subsequent refugee boats; and finally the forced relocation of refugees to isolated detention camps on the remote, bankrupt Pacific Island nation of Nauru.

Looking back, I still find it difficult to believe that our laws and our taxpayer dollars were used to imprison children - sometimes unaccompanied children - for years, and to fight court actions aimed at preventing suicidal people being admitted to a mental health institution.

Whilst there was disquiet about some of this with individual members of parliament from both major parties, it all had bi-partisan support where it counted - when votes were taken to pass the laws in the Parliament.

Both the Greens and Senator Brian Harradine also have a proud record in this area, but the Democrats were the largest and most active in the Senate in highlighting the injustices and giving support to the many people strongly expressing what was undoubtedly a minority view - that it was unacceptable for a civilised, democratic nation to treat vulnerable people in this way.

I say all this not so much to praise the Democrats or lament their passing, or even to bemoan the actions of the major parties. I highlight it because there are many important lessons from our recent and past history with regards to migration and refugees that we need to learn from so that we do not repeat the errors and injustices of the past decade (and at recurring times back into the 19th Century, for that matter).

It would be a major mistake to simply sheet home this excessive brutalisation of refugees to a perceived bastardry of the Howard government, or alleged spinelessness of the ALP. What refugee and rights advocates in general must always remember is that these policies were undoubtedly either supported or acquiesced to by the majority of Australians. Pressuring major parties to change their approach on an issue has a low chance of success unless work is also done to try to change the minds of people in the community who disagree with you.

In my view, it was not until a critical mass of Australians became vocal and active in opposing and campaigning in the community against these practices that the tide started to turn. The role of smaller parties, even though a small minority in the Senate, was very important in giving voice to campaigners and concerned citizens throughout the community, providing them with support and encouragement, and keeping the pressure on the major parties by exposing the truth of what our laws were inflicting on fellow human beings.

The tide finally started to turn when a few dissident Liberal MPs refused to support laws allowing more refugees to be marooned on Nauru outside the reach of our laws. Removal of kids from detention started to occur, as did some small improvements in transparency. The new Labor government has taken some big and welcome steps forward by closing the detention camps in Nauru and abolishing the cruel Temporary Protection Visas. The new Minister, Chris Evans has also shown some positive signs of wanting to deal once and for all with the continuing disgrace of people being locked up for years in our detention centres, solely because their immigration cases are unresolved.

However there is still much more to be done. Many people are still suffering as a consequence of past practices and existing laws. More focus also needs to be given to our migration laws as a whole, which affect far greater numbers of people than just refugees and asylum seekers who have always been a tiny proportion of the number of people entering Australia.

A key place to start would be to totally overhaul our Migration Act, which is an incredibly complex and unnecessarily cumbersome piece of legislation, even before one takes into account the many deliberate curtailments of rights and due process which were inserted into it.

Community and political campaigns for fairness and equality must continue. While the Democrats will no longer be in the Senate as part of that fight, citizens in the community concerned about basic rights must continue to work hard to pressure politicians of all political persuasions to give priority to these matters ahead of short-term populism or playing on fears and misconceptions. Whenever we pause in that endless struggle, we run the risk of the tide turning once again back to the dark days of Tampa, TPVs and indefinite detention.

Nun's habit for a refugee's hope

"Every human being is worthy of dignity, everyone should be treated with respect".

With these sentiments guiding her, Sister Carmel Wauchope found herself unexpectedly in the vanguard of the movement protesting the former Howard Government's detentiton policy for asylum seekers. 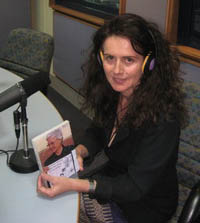 The new Rudd government may have closed some detention centres but more needed to be done for refugees, Hughan said.

"Baxter is closed but the issue just moved." The Christmas Island detention centre was just one of a number still operating, she said.

"There are still more than 400 refugees locked up for not committing a crime," she told The Herald.

Hughan's interest is personal as well as professional after befriending a refugee who spent 11 long years behind barbed wire, separated from family and friends.

Sr Carmel Wauchope was one of the thousands of people who gave hope to the men and women locked up because they dared to dream of a better life.

She wrote letters and stayed in touch so they knew they hadn't been forgotten in their isolated prisons, and it's these relationships she developed that are the focal point of A Nun's New Habit.

Australia's refugee policy since the 1990's had been one of the darkest in the nation's history, the 77-year-old Good Samaritan nun told The Herald.

She still can't understand why people facing terror, prison, torture and death in their home countries were locked up in high security camps in the middle of the desert just because they didn't have the right papers when they arrived in Australia. 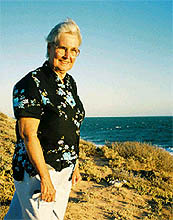 "Some of them were separated from thier families for more than 10 years," Sr Wauchope said.

Many suffered depression from years in detention and not knowing whether they would be sent back to face further persecution or set free in a new country.

Sr Wauchope continues to visit them in hospital in Adelaide.

Project SafeCom's Refugee Day Event will also feature a talk by retiring Queensland Democrat Andrew Bartlett, who will also be looking at the treatment of refugees under the Rudd government, as well as the role of minor parties. Tickets to the June 21 event at 91 Adelaide Street are at www.safecom.org.au.