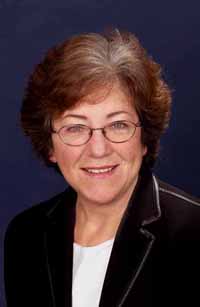 The Gifts of Carmen Lawrence

Longstanding Member of the House of Representatives Dr Carmen Lawrence can be respected for many things. She deserves particular recognition for commitment to Australia's national civil debate.

On many occasions Dr Lawrence has contributed to the national debate about democracy and its failings in Australia under Howard, and her writings, speeches and lectures are well respected around Australia.

The number of her contributions to the national debate including her condemnation of Australia's deplorable treatment of asylum seekers has kept growing; many of her writings and speeches are on this website.

All material published on this website is (re)posted with permission from Dr Carmen Lawrence.

From Dr Lawrence's website: Dr Carmen Lawrence's parliamentary career began in State politics in 1986 when she won for the Australian Labor Party the Western Australian Legislative Assembly seat of Subiaco, held by the Liberal Party for the previous 27 years.

Dr Lawrence entered Federal politics by winning the Federal seat of Fremantle in a by-election on 12 March 1994. She was appointed Minister for Human Services and Health and Minister Assisting the Prime Minister for the Status of Women on Friday 25 March 1994.

Following the defeat of the Keating Government in the March 1996 general election, Dr Lawrence was appointed Shadow Minister for the Environment; the Arts; and Assistant to the Leader of the Opposition on the Status of Women, posts she held until April 1997.

Since her return to the backbench, Dr Lawrence has been an active and vocal peace campaigner, speaking at rallies and forums around the country.

On November 14, 2003, Dr Lawrence was elected by the first popular ballot of ALP members as President of the Australian Labor Party. Dr Lawrence's one year term began on January 29, 2004.

Dr Lawrence also speaks and writes regularly about refugee policy and democratic reform.  Many of her articles are regularly published, and she continues to speak out in Parliament on these and other important issues.

Links to the pages:

20 May 2016: The End of an Era on 62 Wray Ave - After twelve years of post-Tampa dissent, will an ALP 'apparatchik' replace independent and critical thought in Fremantle?

17 September 2007: Dr Carmen Lawrence's Valedictory Speech - Carmen Lawrence, six months away from turning 60, this week said her farewells in the nation's Parliament, and, unlike many MPs who leave without a word, the white-haired Lawrence rose in her place on Thursday morning and said her piece. And what a piece it was. She hit all the high Cs.

8 November 2005: Fear and Public Policy: Dr Carmen Lawrence's 2005 Freilich Foundation lectures | Relaxed and Comfortable? | - I will attempt to chart the consequences of the exploitation of fear on the Australian body politic. As the title suggests, I will place this in the context of asking whether the objective Howard set himself as he approached government in 1996 has been realised.

8 November 2005: Fear and Public Policy: Dr Carmen Lawrence's 2005 Freilich Foundation lectures | Fear of Annihilation | - Just last week the Prime Minister and Premiers gathered to devise even more draconian laws following the London bombings, ostensibly to protect us from such threats, while insisting that the threat level has actually not increased since that time.

8 November 2005: Fear and Public Policy: Dr Carmen Lawrence's 2005 Freilich Foundation lectures | Fear of Crime | - The last twenty years have seen a sustained campaign on law and order, with the result that people now have wildly exaggerated, and fearful perceptions of the risks of assault, murder, child abuse and robbery.

8 November 2005: Fear and Public Policy: Dr Carmen Lawrence's 2005 Freilich Foundation lectures | Fear of the Other | - One of the reasons offered for adopting democracy as a system of government is people's desire to be protected from state-sponsored fear - fear of persecution and death, arbitrary theft of property and discrimination.

26 March 2005: Indefinite detention, Cornelia Rau and the denial of mental illness - Carmen Lawrence MP: We must ensure that our domestic law fully enshrines the principle that imprisonment should occur only after conviction by a court, not by arbitrary action of government.

23 March 2004: Mental Illness? What Mental Illness? - asks Carmen Lawrence - "It is imperative that we ask ourselves how we would feel in similar circumstances, if our freedom were taken away. To imagine how humiliated we would be if we were forced to be strip-searched at regular intervals; how hurtful it would be to be treated as liars and cheats."

14 January 2004: Carmen Lawrence: Ideas to save our withering democracy - a manifesto to protect and enhance our democracy: Despite the otherwise general equality in voting power, many are suspicious that not all citizens are equally able to influence their representatives; the health of our democracy requires greater involvement and participation from party members and the community at large.

7 October 2003: Dr Carmen Lawrence, What is social justice? - "The UN ... has added crucial social, economic and cultural rights, including the right to an adequate standard of living; the right to education; the right to work and to equal pay for equal work; and the right of minorities to enjoy their own culture, religion and language. These are all objectives of social justice policies."

4 August 2003: Dr Carmen Lawrence, Fear and Denial in Public Policy - "Fear always serves the real elites - as opposed to those concocted by the conservative commentators; the privileged who throughout history have claimed to be uniquely positioned to identify the "dangers" from which they must protect us - witches, Jews, blacks, Muslims, communists, terrorists, illegals. Fear sells and it gets people elected."

1 August 2003: The plight of the Mandaeans: A new Iran contra deal - "The Government wants to test the resistance of Australians to this indecency. I hope they are unpleasantly surprised and that Australians will draw the line at forcing people back to situations where their very lives are at risk." In this piece, which appeared first in Margo Kingston's Web Diary, Carmen Lawrence discusses the Mandaean issue.