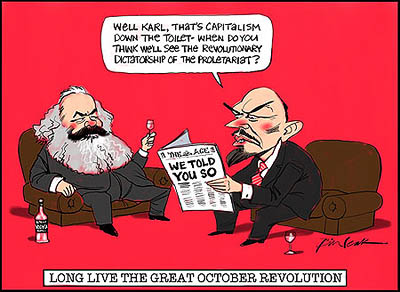 An historic opportunity for transformation

"There is a new openness to alternatives. To capture people's attention and support, they must be practical and immediately feasible."

"We have convincing alternatives that are already underway, and we have many other good ideas attempted in the past, but defeated. Our alternatives put the well-being of people and the planet at their centre."

"For this, democratic control over financial and economic institutions are required. This is the "red thread" connecting up the proposals presented below."

This page is a copy of a proposal that was born at the sidelines of the Beijing Asia-Europe People's Forum in October 2008 - posted here because the multi-level proposals could assist to emeliorate some of the abysmal excesses that have led to the global crisis of capitalism.

The contents of this page is an unaltered copy of the text posted to a now deleted website casinocrash.org. It's unknown whether this material is also located elsewhere. It was prepared at the Asia-Europe People's Forum by the Transnational Institute and Focus on the Global South.

The global economic crisis:
An historic opportunity for transformation

An initial response from individuals, social movements and non-governmental organisations in support of a transitional programme for radical economic transformation

Taking advantage of the opportunity of so many people from movements gathering in Beijing during the Asia-Europe People's Forum, the Transnational Institute and Focus on the Global South convened informal nightly meetings between 13 and 15 October 2008. We took stock of the meaning of the unfolding global economic crisis and the opportunity it presents for us to put into the public domain some of the inspiring and feasible alternatives many of us have been working on for decades. This statement represents the collective outcome of our Beijing nights. We, the initial signatories, mean this to be a contribution towards efforts to formulate proposals around which our movements can organise as the basis for a radically different kind of political and economic order.

The global financial system is unravelling at great speed. This is happening in the midst of a multiplicity of crises in relation to food, climate and energy. It severely weakens the power of the US and the EU, and the global institutions they dominate, particularly the International Monetary Fund, the World Bank and the World Trade Organisation. Not only is the legitimacy of the neo-liberal paradigm in question, but the very future of capitalism itself.

Such is the chaos in the global financial system that Northern governments have resorted to measures progressive movements have advocated for years, such as nationalisation of banks. These moves are intended, however, as short-term stabilisation measures and once the storm clears, they are likely to return the banks to the private sector. We have a short window of opportunity to mobilise so that they are not.

The challenge and the opportunity

We are entering uncharted terrain with this conjuncture of profound crises - the fall out from the financial crisis will be severe. People are being thrown into a deep sense of insecurity; misery and hardship will increase for many poorer people everywhere. We should not cede this moment to fascist, right wing populist, xenophobic groups, who will surely try to take advantage of people's fear and anger for reactionary ends.

Powerful movements against neo-liberalism have been built over many decades. This will grow as critical coverage of the crisis enlightens more people, who are already angry at public funds being diverted to pay for problems they are not responsible for creating, and already concerned about the ecological crisis and rising prices - especially of food and energy. The movements will grow further as recession starts to bite and economies start sinking into depression.

There is a new openness to alternatives. To capture people's attention and support, they must be practical and immediately feasible. We have convincing alternatives that are already underway, and we have many other good ideas attempted in the past, but defeated. Our alternatives put the well-being of people and the planet at their centre. For this, democratic control over financial and economic institutions are required. This is the "red thread" connecting up the proposals presented below.

Proposals for debate, elaboration and action

These are all practical, common sense proposals. Some are initiatives already underway and demonstrably feasible. Their successes need to be publicised and popularised so as to inspire reproduction. Others are unlikely to be implemented on their objective merits alone. Political will is required. By implication, therefore, every proposal is a call to action.

We have written what we see as a living document to be developed and enriched by us all. Please sign on to this statement at the bottom of the page.

A future occasion to come together to work on the actions needed to make these ideas and others a reality will be the World Social Forum in Belem, Brazil at the end of January 2009.

We have the experience and the ideas - let's meet the challenge of the present ruling disorder and keep the momentum towards an alternative rolling!!