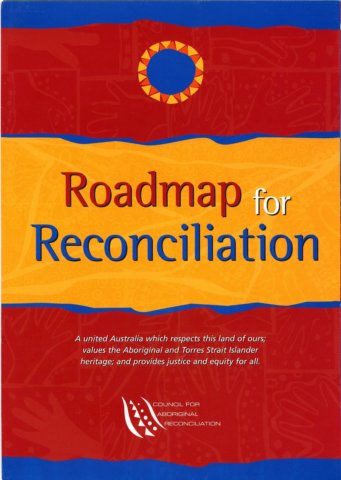 When political pressure increases in Canberra, another report gets commissioned on Aboriginal Australia

As the Howard government in its "conservative but ultra-radical zealousness" moves in more invasively into the lives of Australia's indigenous community during its fourth term in June 2006, it serves Australians well to remember the good work done by previous governments.

The truth is, that the Royal Commission into Aboriginal Deaths in Custody (RCIADC) tabled its report in 1991, and both the Hawke and Keating governments showed preparedness and readyness to listen to its 339 Recommendations.

They called the Royal Commission Report's recommendations and their commitment to implement these far-reaching implications "a work in progress".

6 October 2006: The Palm Island Inquest findings: unacceptable political inertia - This is not an issue that should concern only indigenous people. Police should not be permitted to become a law unto themselves ... We are all diminished if we stand by and tolerate a response which shows such a systemic disregard for basic levels of human decency.

15 July 2006: Women in Black on Whitefella business: walking to Canberra - On 11 July 2006, three women started on a journey from Perth to Canberra, and this page contains some of the published information, their message to the Prime Minister John Howard and the Indigenous Affairs Minister Mal Brough, and an open letter to all Australians.

7 December 2004: Palm Island: will Indigenous people get justice for Doomadgee? - "Cameron Doomadgee was found to have suffered four fractured ribs, a ruptured liver and torn protal vein. He died from these injuries he sustained while in police custody on Palm Island. Apparently he sustained these injuries when he fell off a table. Yeah, sure he did."

It should not be forgotten

that the annual RCIADC implementation reports were no longer published when the Howard government came to power in 1996, and that Howard showed no commitment to continue with the work of previous governments.

Australia already has a complete roadmap to indigenous well-being. Report after report was written, commissioned by governments. The one aspect jumping out and screaming for answers, is the absolute lack of will on the part of the Howard government to build on that roadmap, instead fanatically intent to implement its own colonial and paternalistic wedge policies, and impose its own demands on the community, in this process splitting asunder the unity of the community while dividing Indigenous Australia into "deserving and the undeserving" welfare recipients.

Below is a recent contribution by Crikey - a list of 25 major reports that were commissioned in the last 40 years.

The 25 reports on Aboriginal Australia that line government bookshelves

As more allegations about the state of Aboriginal living conditions have emerged in recent weeks, we're constantly told about the numerous reports over recent decades highlighting the state of Aboriginal Australia that have been ignored or filed away. How many reports, we wondered, and what did they say? Here's a Crikey list of at least 25 government or UN reports on the subject.

Final report on alcohol problems of Aboriginals, an Australian Parliamentary Report, is released.

Aboriginal Health, a report by the House of Representatives Standing Committee on Aboriginal Affairs (HRSCAA), is released. It notes that the "standard of health of Aborigines was still far lower than the majority of Australians" and that "little progress had been made in raising it". And its chairman Philip Ruddock notes: "When innumerable reports on the poor state of Aboriginal health are released there are expressions of shock or surprise and outraged cries for immediate action. However ... the appalling state of Aboriginal health is soon forgotten until another report is released."

Royal Commission Report of Inquiry into the death of Bruce Thomas Leslie, the Aboriginal man who was wrongly diagnosed as being drunk by ambulance officers and was taken to Tamworth Police Station. An X-Ray later showed he in fact had a fractured skull. Leslie died of a brain haemorrhage.

Strategies to help overcome the problems of Aboriginal town camps, an HRSCAA report, is released.

A report looking at the disproportionate number of Aboriginal people charged with minor offences is released by the SA Office of Crime Statistics releases. Findings include the fact that more than 58% of all defendants appearing on drunkenness, vagrancy, offensive behaviour and liquor-related charges in courts outside the Adelaide metropolitan area are Aborigines, even though this racial group constitutes less than 2% of the rural population.

Australia has violated the Universal Declaration of Human Rights, according to a United Nations official sent to Australia to investigate the conditions of Aborigines.

A National Aboriginal Health Strategy, the landmark final report of the National Aboriginal Health Strategy Working Party (NAHSWP), is presented to the Joint Ministerial Forum. It determines primary health care is one of the key strategies for addressing Aboriginal health disadvantage and identifies the need to develop more collaborative health service planning processes. It also devotes a chapter to the impact of substance abuse.

The final report of the Royal Commission into Aboriginal Deaths in Custody (RCADC), which investigated 99 deaths of Aboriginals in custody over a nine-year period, is released. It finds that the disproportionate rate at which Aboriginal people are arrested was the major and most immediate cause of these deaths, and also reveals a history of racism and state control of Indigenous communities. It makes 339 recommendations.

The Human Rights and Equal Opportunity Commission (HREOC) launches the National Inquiry into Racist Violence, which concludes that racist violence against Aborigines and Torres Strait Islanders is endemic, nationwide and very severe.

The Commonwealth Government announces a $150 million five-year funding package, principally for the establishment of Aboriginal-controlled drug and alcohol services.

Health facilities available for Aborigines and Torres Strait Islanders should be completely revamped, according to a report tabled in Federal Parliament. The report, by the Aboriginal and Torres Strait Islander Health Policy Unit and the Health Department, finds that Aboriginal mortality is 3-4 times than the rest of the community, that mortality rates from pneumonia are ten times higher than of the population as a whole and that mortality rates from diabetes are nine times that of the population as a whole.

A National Aboriginal Health Strategy: An Evaluation finds that Aboriginal and Torres Strait Islanders face the health hazards of a hostile and inadequate physical environment (contaminated water, poor sanitation, and unsafe housing, transport and work conditions) and argues that "setting up committees will resolve nothing" - what is needed is a bold and clear national initiative that will "step over the shambles" of previous efforts.

The Report to the National Committee to Defend Black Rights: Aboriginal and Torres Strait Islander Custodial Deaths Between May 1989 and January 1994 is released, finding that the the national rate of Aboriginal custodial deaths has not decreased and that many of those who have died have done so because key areas of reform highlighted by the RCIADIC have not taken place.

The Alcohol Report: Race Discrimination, Human Rights and the Distribution of Alcohol exposes alcohol misuse and its impact on Aboriginal communities in the Northern Territory and highlights the lack of consultation between the NT Liquor Commission and Indigenous communities, recommending amendments to the Liquor Act (1978) to allow Aboriginal communities more control over the provision of alcohol to their communities.

The Health and Welfare of Australia's Aboriginal and Torres Strait Islander Peoples - a joint publication of the Australian Bureau of Statistics and the Australian Institute of Health and Welfare - reveals that "almost four in ten Indigenous households were estimated to have either insufficient income to meet basic needs (even before taking housing into account), or not enough income to afford adequate housing."

Aboriginal and Torres Strait Islander Health Program, a National Audit Office performance audit of the Department of Health and Aged Care, reports that the life expectancy at birth of Aboriginals and Torres Strait Islanders is 15-20 years lower than all Australians, that for all causes of death combined there were 3.5-4 times more deaths than expected among Indigenous people, and that Indigenous people are 2-3 times more likely to be hospitalised.

National Aboriginal Health Strategy - delivery of housing and infrastructure to Aboriginal and Torres Strait Islander communities, a National Audit Office performance audit of the Aboriginal and Torres Strait Islander Commission, reports that a lack of basic facilities, such as access to adequate housing, water and waste removal, is contributing to the high morbidity rate of Indigenous Australians and that ATSIC was not administering the housing program in a timely, costly or efficient manner.

Health is life, the House of Representatives Standing Committee on Family and Community Affairs final report on Indigenous health issues, finds a "lack of clear delineation of responsibility for Indigenous health," and that the parties, particularly the States, indulge "wherever possible" in shifting the onus for payment to another sector and that "the lack of any real efforts to integrate community involvement into the planning and delivery of health and related services" has been been one of the biggest barriers to progress.

The UN Committee on the Elimination of Racial Discrimination, in a report on Australia's treatment of its Indigenous population, notes that "mandatory sentencing schemes appear to target offences that are committed disproportionately by indigenous Australians" in Western Australia and the Northern Territory and remains concerned by "the extent of the continuing discrimination faced by indigenous Australians in the enjoyment of their economic, social and cultural rights". Foreign Minister Alexander Downer's responds: "We won't cop it any longer. We are a democratically elected government in one of the most liberal and democratic countries you will find on Earth. And if a United Nations committee wants to play domestic politics here in Australia, then it will end up with a bloody nose."

The NHMRC Road Map: a strategic framework for improving Aboriginal and Torres Strait Islander health through research is released, recommending that research needs to be targeted towards the major causes and risks of poor health for Indigenous Australians - specifically chronic diseases, injury (including assault and suicide), mental health, drug and alcohol abuse, communicable diseases and maternal and child health.

The 4th edition of the biennial report The health and welfare of Australia's Indigenous Peoples 2003, is published by the ABS and the AIHW.

The Australian government appears again before the UN Committee for the Elimination of Racial Discrimination, which expresses serious concern about the abolition of ATSIC, the lack of genuine progress in native title, the continuing over-representation of Indigenous peoples in prisons and the extreme inequities between Indigenous peoples and others in the areas of employment, housing, health, education and income.

The biennial report from the ABS and AIHW shows that "overall, estimated expenditure on health services provided to Aboriginal and Torres Strait Islander peoples during 2001-02 was $3,901 per person - 18% higher than the estimated expenditure on services delivered to non-Indigenous Australians - which was due to high rates of care for Aboriginal people "involving dialysis and hospitalisations for other potentially preventable chronic conditions".