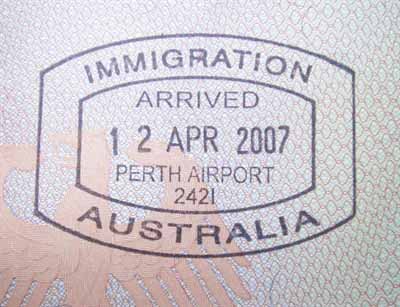 Then, Newcastle became a 'Welcome Town for Refugees' in November 2002. The concept gains traction!

"Council adopted a resolution to declare Newcastle a 'Welcome Town for Refugees' in November 2002. This means Council will develop a tangible and visible policy of welcome, acceptance and hope to people classed as refugees in Australia today, we will facilitate community awareness of the needs of refugees and asylum seekers, and promote the development of a community strategy to identify, support and welcome refugees in the community."

8 October 2002: A presentation to Council: Newcastle as a Welcome Town - This is the actual presentation to the City of Newcastle by Newcastle Action for Refugee Rights (NARR) during a council meeting in 2002, which assisted the council motion being supported and carried to declare Newcastle to become a 'Welcome Town' for refugees. The material was presented by Steve Georgopoulos and Anne McLaughlin.

25 February 2002: The Refugee Welcome Towns: RAR (Rural Australians for Refugees) developed the model of Welcome Towns as an alternative to detention. We're lobbying local government in Western Australia to adopt this model.

Motion for Newcastle as a Welcome City for Refugees

On October 8, 2002, representatives from Newcastle Action for Refugee Rights presented a Public Voice proposal to Newcastle City Council that the city become a Welcome Town for Refugees.

Councillor Barbara Gaudry (Labour) presented the following motion to Newcastle City Council on Tuesday 26 November, 2002. After discussion it was passed 11 votes to 2.

Newcastle City Council adopts the motion that Newcastle becomes a Welcome City for refugees and resolves to:

This declaration is a Commitment in spirit to:

Over 25 councils across Australia have already declared their towns or cities Refugee Welcome Zones. Many other councils are currently in the process of signing up.

The purpose of the Refugee Welcome Zones is to enable councils to declare that they welcome refugees into their area, to celebrate the diversity in their midst and to acknowledge the importance of upholding human rights of refugees who have fled their homes because of persecution.

Newcastle has a history of support and care for refugees and migrants who have come to our city. From the dislocation of refugees fleeing persecution in World War 2 through to the wars in Vietnam and East Timor and the crisis in Bosnia, Newcastle has shown compassion to displaced persons. The current crises and dislocation felt by people fleeing the turmoil of current conflicts overseas demonstrates a continuing need for the support of these new refugees.

Rural Australians For Refugees reports that on Tuesday, the Bega Valley Shire Council supported RAR's motion to support its cause. "It's a first - Bega Valley Shire is the first Shire in Australia to support the Welcome Towns proposal! Many others have been lobbying their Councils for some time."

"During the debate almost all of the Councillors spoke from their hearts sharing their own personal stories which related to refugees/early convicts etc. and their concerns at current policy, and commended our group for the manner in which we had presented our case to them. We had called them to moral and just leadership in which to call forth the better nature of local citizens; for them to not be followers of public opinion. It was a most amazing evening for everyone who was in attendance and there were many wiping the odd tear away. We give great thanks for our Councillors actions in showing such compassion and just action.

"This was the motion (moved Cr Hughes, seconded Cr McGill) which passed unanimously:

THE Bega Valley Shire Council unanimously voted on Tuesday night to support the efforts of the Bega Valley Rural Australians for Refugees to bring a more humane response to the treatment of refugees currently held in detention centres.

Council also supported in principle the Welcome Towns proposal, subject to a Federal Government policy change permitting asylum seekers to be released into the community while their applications are determined.

The third part of the motion was that the Bega Valley Shire Council encourages the Federal Government to review its policies connected with asylum seekers/refugees with the aim of reducing the time people (particularly asylum seeker children and their families) are held in detention centres until relevant health and security checks are completed.

Cr Keith Hughes moved the motion, saying that the previous day had been the anniversary of the day the Norwegian ship, the Tampa, "through an act of humanitarian decency brought immense shame to our country and embarrassed us in the eyes of the world".

"Many of those rescued by the Tampa are still languishing in detention centres under Australia's now notorious refugee processing system."

He said Australia was a country of immigrants, many of whom had fled war, persecution and suffering in many parts of the world.

"Refugees have made an enormous contribution to our country in business, education, arts, science, medicine - even sport. They have been good for our country.

"There is no reason to expect that the current wave of refugees will be any different."

"We must not degrade people fleeing injustice, persecution, torture and repression.

"Asylum seekers who have suffered at the hands of dictatorial governments or intolerant societies elsewhere in the world have already suffered trauma beyond our fortunate experience.

"It is our shame that we compound such suffering with mandatory detention - particularly for women and children."

They imposed no costs on ratepayers, and immigration and refugee policy was a Federal Government policy, but they were important as a signal of the humanity and the ethical values of this shire.

Cr Joyce McGill said she supported the motions from the heart.

She recalled her own childhood in England where her family fled to from Egypt after the outbreak of the Second World War.

"English people were not kind to refugees then and called me a 'dirty little Arab kid'."

She said her treatment by the English was minor compared to what the present refugees were suffering and she commended Cr Hughes for his motions.

Cr Vicki Wootten also recalled family history going back to the Jewish diaspora when her ancestors fled the Middle East and went to Poland.

"After the persecution started there, they fled again - this time to England, then again to Jamaica."

"They left Jamaica because of treatment of the slaves and came to Australia."

Cr Wootten said her ancestors had not been locked up on arrival.

"But she said that's what we do today to these people who have fled torture and persecution or just starvation."

"Many now revel in a convict family heritage where their ancestors stole food to feed their families, and yet for present day people fleeing starvation we keep them in the desert and then charge them for their accommodation."

Cr Bill Taylor also told of his family's history and how one of his ancestors came as a convict but was freed four days after he landed at Port Jackson.

He said he was proud to support the motion and hoped it would stimulate public sympathy for the plight of the refugees that they be given more humane treatment.

Cr Tony Allen said it was an appalling sight to see little children behind barned wire and it made him cringe.

He said that some years ago Vietnamese refugees had settled in Cobargo and Bega and although they left later he still received cards from the Cobargo family who were now leading useful lives in Australia.

Cr Janette Neilson also spoke of the children and said that even those who had been released with their families would suffer traumas from their time in the camp.