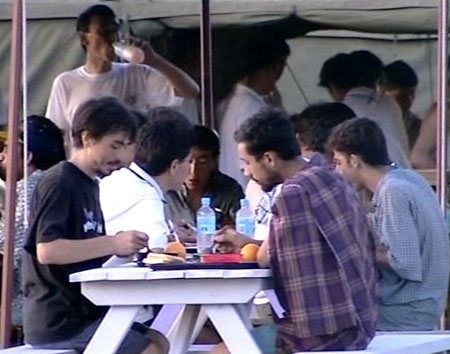 Associate Professor at the School of Nursing and Midwifery Nicholas Procter makes a cogent case for a return to practical strategies and simple clear communication in order to help people at high risk of suicide better understand their situation and discuss it with others.

7 April 2004: Supporting TPV Holders: Partnering Mental Health and Migration Law - Nicholas Procter calls for the structure of individual mental health support to be built around the processes of seeking asylum and coping with rejections and setbacks during the processes attendant upon applications for refugee status.

28 October 2004: Procter: From 'temporary' to permanent' Protection Visas - Nicholas Procter argues that It's Much More Than a Quick Political Fix. "If TPV holders already disoriented by trauma, sometimes years of detention and then the relentless insecurity of temporary status in Australia, find that once again they are facing mixed messages, it will be disastrous. Trust is a fundamental requirement for mental stability..."

by Nicholas Procter
Extract from Synergy -
First published in Synergy No 1 2004, pp 8-9
Republished with permission August 2004

Working with some of the most marginalised of mental health consumers - asylum seekers released from immigration detention centres and living in rural South Australia - Nicholas Procter makes a cogent case for a return to practical strategies and simple clear communication in order to help people at high risk of suicide better understand their situation and discuss it with others.

Nicholas G Procter [RN PhD] works as Associate Professor at the School of Nursing and Midwifery at the Division of Health Sciences, at the University of South Australia.

For most of 2003, myself and Dr Mohammad Amirghiasvand, an interpreter and health liaison worker from the Migrant Health Services, Adelaide Central Community Health Service, have been working on ways to develop more informed and compassionate understanding of mental health issues for refugees released on Temporary Protection Visas (TPVs). Achievements in this area have demanded a team approach and have been relevant to mental health service delivery in country South Australia. As part of this process, we have been learning new ways to effectively generate trust between health workers and asylum seekers, which is essential to delivering effective mental health care treatment and services.

For many of the men we have been working with, suicide is a very real option. These are people who fled to save their lives, whose will to live is strong but for whom the prospect of death looms large. Their Temporary Protection Visas will soon expire and so too their hopes of remaining in Australia. If forced to return home, they're convinced they'll be killed. If their lives are to be lost,most would prefer it to be at their wn hands.

Many are taking medication to help them sleep at night and treat their depression. The uncertainty of their lives has wrought an enormous physical and psychological toll. So fragile is their grasp on being, some see no point in the usual accoutrements of life; even their tableware is impermanent - paper tablecloths, paper plates, throwaway cutlery.

The recent onset of TPV review interviews for Permanent Protection Visas in South Australia has revealed new information about the way some asylum seekers experience their current existence, and the impact previous trauma has upon everyday life. The uncertainty of their existence and strongly held belief that it is unsafe to return to their homelands, has had an enormous physical and psychological toll. To make matters worse, there is no way of knowing in advance when interviews to assess claims will take place, or what questions will be asked.

Knowledge of these and other stressors impacting upon TPV holders are important. Prevention of mental health problems, mental illness and suicide for asylum seekers involves:

The table below was first formulated three years ago during a project in Adelaide called 'Speaking of Sadness and the Heart of Acceptance: Cultural Healing Uncovered'. Further details of the project are outlined in the book 'Reciprocity in Education' published by Multicultural Mental Health Australia. The contents of the table have been developed and defined situationally as a best practice initiative. Fundamental to the delivery of clinically relevant integrated services is understanding how cultural beliefs guide and inform communication of health problems, the way concerns are talked about, and when, how and why help is sought and evaluated.