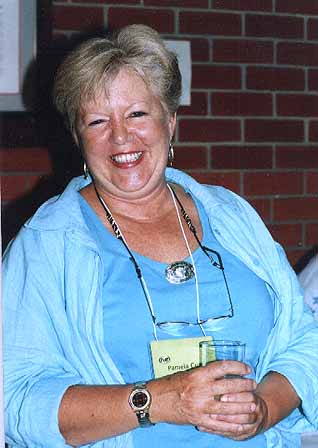 The Cornelia Rau Inquiry: a request for your URGENT help

After the terrific debacle of the Cornelia Rau afffair in the beginning of 2005, a "closed" government inquiry was announced by the Immigration Minister Senator Amanda Vanstone.

But the Senate passed its own motion through Joe Ludwig, declaring no confidence in the Rau Inquiry by Mick Palmer, and in addition the Heads of Schools of Social Work under Dr Linda Briskman of the Royal Melbourne Institute of Technology also announced their own "People's Inquiry".

Although this is now an even in history, we've left this page in place to mark our actions in this matter.

Below is Project SafeCom's Call to Action - sent out throughout our database and all known lists to about 12,000 people.

30 June 2006: Christine Rau: Dealing with the Aftermath - "...by mid-afternoon, other outlets had already found enough material on the missing persons' website as to scotch any ideas of anonymity. By Saturday morning, her story - and ironically, her identity - was front page news."

25 October 2005: Chris Rau and her sister's 'illness-mongers' - I'm standing here today with deep disillusionment. I had the misapprehension that I was among idealists; among people who cared for the interests of people who don't have a voice, legally or otherwise. I thought you were all slaving away, with rings under your eyes, doing pro-bono work in your spare time...

5 July 2005: Christine Rau: my sister's 309 days - "Cornelia has had a terrible ordeal and is understandably angry about it. She was locked up in isolation, has said she felt treated like a caged animal, for the crime of mental illness which led her to lie about her identity."

26 March 2005: Indefinite detention, Cornelia Rau and the denial of mental illness - Carmen Lawrence MP: We must ensure that our domestic law fully enshrines the principle that imprisonment should occur only after conviction by a court, not by arbitrary action of government.

27 February 2005 - Life after Cornelia Rau: a People's Inquiry into Detention? - "last Saturday the Mick Palmer Inquiry Call for Submissions appeared in The Weekend Australian. While I think this should be called the "Mickey Mouse Inquiry", it may be a useful vehicle for some people to submit material."

27 February 2005: Talking about Cornelia: the Baxter detainees Statement - A page about Cornelia Rau, who was "lost" inside Australia as 'Anna', classed as an 'illegal immigrant' without any evidence for this by Department of Immigration staff.

7 February 2005: Finding Anna: when Immigration gets it really, really wrong - Astounding is the word, but I guess the story is familiar by now. 'Anna', or as we know now, Cornelia, an Australian citizen, went missing, and based on the fact that she was disoriented, spoke some German, and could not be identified, she ends up in Baxter's punishment block, after 'having been assigned' to DIMIA, the Department of Immigration, for being an alleged 'illegal immigrant'.

Date: 10 February 2005, 07:31am
Subject: The Cornelia Rau Inquiry: a request for your URGENT help
From: Project SafeCom Inc.
To: All database subscribers, all lists

The Cornelia Rau Affair and the subsequent government inquiry announced by the Minister for Immigration Amanda Vanstone, should serve all Australians with some very serious food for thought.

I'm writing to ask for your immediate help in this issue.

I apologize if this email reaches you more than once - it has been sent throughout our entire database as well as to about 60 refugee and human rights lists.

Just two weeks ago we had Mamdouh Habib, an Australian citizen snatched and imprisoned at Guantanamo Bay for more than three years, arriving back in Australia. Habib is not accused of any crime - that's why the US let him go, yet the Attorney-General Philip Ruddock went to great lengths to spread suggestions that he still may be a suspect of a crime, we don't know anything about yet and that we cannot grasp as yet.

Habib remains a "person of interest", just in case we find something in the future, really. That's the implication of Ruddock's suggestions, a bit like the quest for the illusive Weapons of Mass Destruction really...

The suggestion spread by Ruddock should have been enough for him to be sacked, but the rule of 'innocent until proven guilty' is now well-eroded in Australia's "John Howard-type democracy" since the 9/11 events - a form of government that goes with the special type of manipulation of information and international conventions, and the spreading of rumours and innuendo - a specialist skill of many MP's in the inner circle of Howard's front bench.

With the case of Cornelia Rau we have yet another example of an Australian citizen who gets incarcerated in a maximum security form of detention - through a series of errors perhaps, but the moves in Canberra in relation to this unlawful detention, and the fact that Howard and Vanstone yesterday announced a "Mickey-Mouse Inquiry" should shock all of us.

With the Cornelia Rau case it should become clear once more, that the Howard government is prepared to trample on the rights - and also the human rights - of Australian citizens where-ever they accidentally stumble in the way of the coalition's policies, strategies and intentions. Vanstone has sidelined openness and accountability in the inquiry, because it may reveal what has gone on, and goes on, inside the Baxter detention centre.

The facts show that

With that context, I've come to the core request of this email: please contact your local member of parliament, AND your Liberal/National representatives. This issue HAS to shift. This is the time, and Cornelia Rau should become the catalyst.

The stranglehold of John Howard on his backbench needs to break, and MP's need to be encouraged to be Independents before being part of a 'conglomerate'.

Please join us in demanding a full, open, and judicial inquiry - please write, fax, email your local member. Please follow this up with a further phone call. go further: make an appointment for a visit, but do NOT delay this!

Do not be shy: this is a NATIONAL INTEREST issue - not limited to "the members' constituency". Do not allow yourself to be fobbed off because you're not in "my electorate". Tell them you're a member of a national team around this issue - or whatever, within the common courtesy protocols.

Recently we were told about an unwritten rule for your local MP: if at least six people raise an issue with a local MP, it is regarded as an issue that should be carried further for representation by your local member.

Below are two issues you can use to formulate your letter/fax/email AND the subsequent phone call. They are:

1) DIMIA is already spreading lies about Baxter in the context of the Rau Inquiry, and

2) the Baxter detainees identify in an open letter how mental health assessments are a part of institutional control and order (and therefore have no clinical validity) and how the Management Unit (the solitary confinement cells) is intended to drive you crazy - and induce mental illness.

Was 25 August 1988 the very last time a coalition MP crossed the floor of Parliament over immigration issues? When will we see this happening again?

[On that date Philip Ruddock crossed the floor, voting against his own party over a commitment "not to use race or ethnic origin as a basis of immigration policy".]

There was some protest in the Coalition party room yesterday around the issue of Cornelia Rau, and once again some of the Liberal and National backbenchers spoke up. The greatest respect should go to people such as Petro Georgiou, member for Kooyong, who suggested all refugees should get permanent visas, and that an "amnesty" should apply to those currently in Baxter.

Please contact the coalition backbenchers listed below, congratulate them on their independent opinion, and ask them to keep dissenting on this issue. Urge them to demand an OPEN and judicial inquiry. suggest to them they could deliberate to cross the floor, ask them whether 25 August 1988, the day Philip Ruddock crossed the floor to vote with the Bob Hawke government on an immigration issue, is and should remain the last time someone in the Liberal/National party crossed the floor and votes with the opposition or the minor parties over immigration and refugee issues.

These are the members in the coalition who this approach applies to: the MP's and Senator may not be alone, but these are the MP's most approachable on this issue:

Note: be careful how you word your communication: the end outcome is what matters - we need to maximize the chance that this is in line with our purpose!

1. The DIMIA lies have already started

A report by The Australian ('Aussie mistreated in Baxter', Andrew McGarry and Patricia Karvelas, 7 February 2005) states:

"A Department of Immigration spokesman denied the allegation of mistreatment. He said there were no cameras on individual rooms in any accommodation block, but there were cameras over the public areas in the compound."

This report was not only carried by The Australian, but repeated by many outlets of the Murdoch press this week.

See the article in The Australian

However, photographs archived by the National Library Of Australia on the internet show a bedroom in the Baxter Isolation compound with the surveillance camera clearly mounted in the corner of the bedroom.

The accompanying text on the internet page states:

"One of ten single en-suite rooms in the Separation Unit, each with an intercom and CCTV monitoring at the Baxter Immigration Reception and Processing Centre, near Port Augusta, 12 July, 2002."

2. Statement from the detainees in Baxter

"The public inquiry into the happenings of the unlawful detention of Cornelia Rau should not be short-sighted but expanded into an investigation about the inhuman treatment of all those who reside in Baxter detention centre."

"They are all treated by the same psychologists who are unable to distinguish between severely ill mental behaviour and deliberate misbehaviour."

"Severely ill detainees are punished as if it were misbehaviour."

"Baxter detention centre has a specific compound for this where most of Cornelia Rau's time and [that of] many others is spent, isolated, locked in a room for 18 hours a day and/or constantly harassed in ways hard to understand and always denied ­ like waking people in a disturbing manner and provoking them into matters of self-harm and anger [and] always being blamed."

"Most of the officers working in the compound, Red 1, are new to the centre. It takes a great deal of time for officers to realise that this is not a criminal detention and to treat the detainees as such.

"Also in the Red 1 compound detainees are severely restricted. There is next to nothing in forms of recreation - no access to gym or education facilities. Detainees are expected not only to be alone, but alone and feeling that nobody cares, which is exactly the plight of those [ie those in detention] who are unable to comprehend their situation."

"Not understanding why you are in Baxter detention, with no clue of when it will end, together with feeling alone and that no-one cares, brings even someone with strong mental health to the brink of insanity."

"Without proper psychological help, detainees may never find their way back."

"We here at Baxter detention plea for the pious and compassionate people of this great nation to not only look at the small picture of one Cornelia Rau but at the big picture of the humanitarian catastrophe of all those still suffering in this historical precedent of inhumanity. This is called Australian immigration detention."

"Baxter detainees extend our best wishes for the recovery and future health of Cornelia Rau."