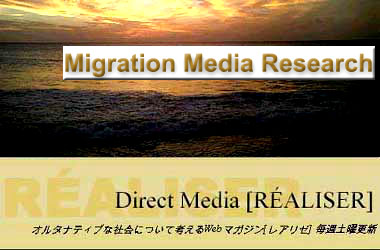 An online interview in Japanese

One of their reporters, Yoko Iino, asked for our help when an article about the Children Overboard incident was planned. That article went up in the last week of April 2004. During the week following, Yoko Iino interviewed Project SafeCom's Coordinator Jack Smit. The interviews went online at the end of April 2004.

Ms Iino did not stop there, but also wrote a short report on the 2004 World Refugee Day events we organised in conjunction with Amnesty International and Oxfam Community Aid Abroad.

Below is the full, un-edited version, in English, of the three-page interview.

Firstly, could you tell me what made you migrate to Australia?

I found it interesting that you send messages to bring about various changes from a small rural community, Narrogin. Could you please tell me more about your life in Narrogin?

I read that after this 'Tampa' election, the number of refugee advocacy groups increased. How significant was the whole Tampa affair to Australian people like yourself?

I am hoping to read the new book "News Overboard" by Iain Lygo, which examines the tabloid media and racism. There are more and more concerns with the current media, eg. media ownership and control by multinational media corporations, its integrity, etc. What is your view on the current mainstream Australian media?

What do you think is the role of media like Project SafeCom Inc.? And what kind of effects it can have?

Looking at Australia in the aftermath of the Iraq War, I get an impression that in Australia, say compared with England, there has not been much of mounting public opinion again the government's handling of the war. Do you think it's a fair assessment? If yes, why?

How can we prepare ourselves so that we don't get manipulated by the government/media?

As described in Facts and Myths on your web site, many 'good' people think that "Charity should start at home"- should first help people in their own country, who are in need. How can we change this mentality of 'us' and 'them'?

I am very impressed with the amount of information on your web site and your networking. I read somewhere that you are 100% confident that your dream vision would come true. Where does such a strong conviction come from?

In Buddhist philosophy, everything is interconnected - issues cannot be comprehended/solved by reducing them into isolated elements. Living in such a complicated world, we should start looking at things and try to find solutions in more holistic way. Project SafeCom Inc. addresses all sorts of issues - sustainable development, environment, food security, technology, social relationship, politics, etc. Please tell me your approach to various issues.

Any message for the readers in Japan?